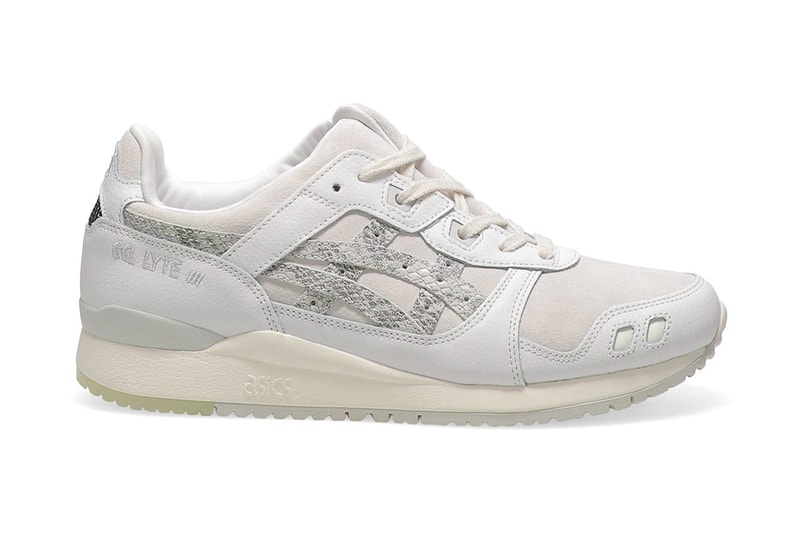 In continuation of atmos and ASICS’ partnership, another rework of the GEL-LYTE III OG is on the way. Both based out of Japan, the duo has a lengthy history of collaborations, most recently presenting the GEL-LYTE III OG in a “Subway Maps” look and an “Alley Cats” colorway with Sneaker Freaker. Now, following news of atmos and adidas taking on the ADIMATIC and a first look at ASICS joining forces with Kiko Kostadinov womenswear and HYSTERIC GLAMOUR, the atmos x ASICS SportStyle GEL-LYTE III OG “Python” pack has been announced.

Both python themed pairs feature a python texture on ASICS’ signature stripes that rest atop a suede upper. In white, an off-white suede base is accompanied by white leather overlays and an off-white sole unit. For the black look, a triple black color scheme outfits the entire pair while neon green accents land on the lateral toe, matching the white pair.

In other footwear news, ASICS has announced the release of a new GEL-LYTE III, the GEL-LYTE III CM 1.95, which now boasts the world’s lowest carbon footprint ever in a sneaker.